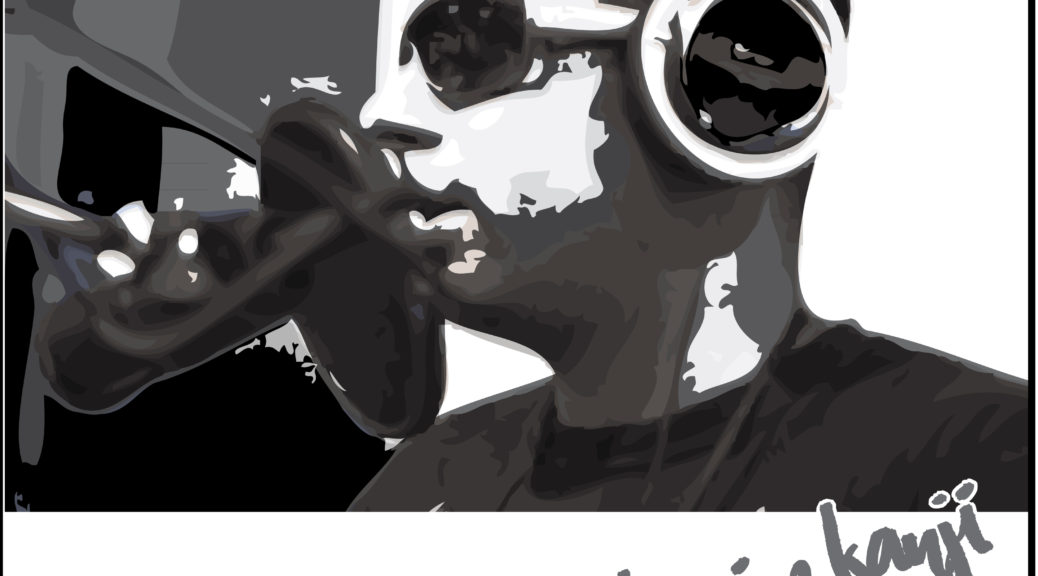 The impact of technology and media on the upcoming federal election. This title may b fake news. At the very least it’s most likely misleading. In the end it’s 100% manipulated content. Or is it?

Here’s what you’ll actually learn: What you need to learn about how to inform yourself, your family and friends on the real issues in advance of the Canadian federal election.

This is Episode #161 of the Welcome! podcast.

Gregg Tilston is a VP at Iron Gate Wine, speaker, investor and podcaster.

Ari Shapiro is a podcaster and digital publisher at AriShapiro.ca. 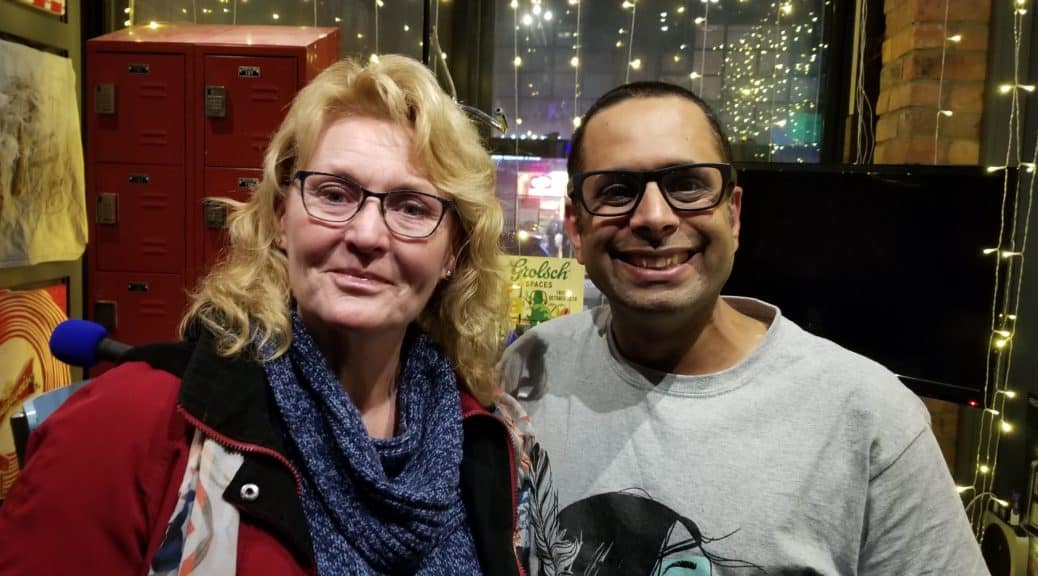 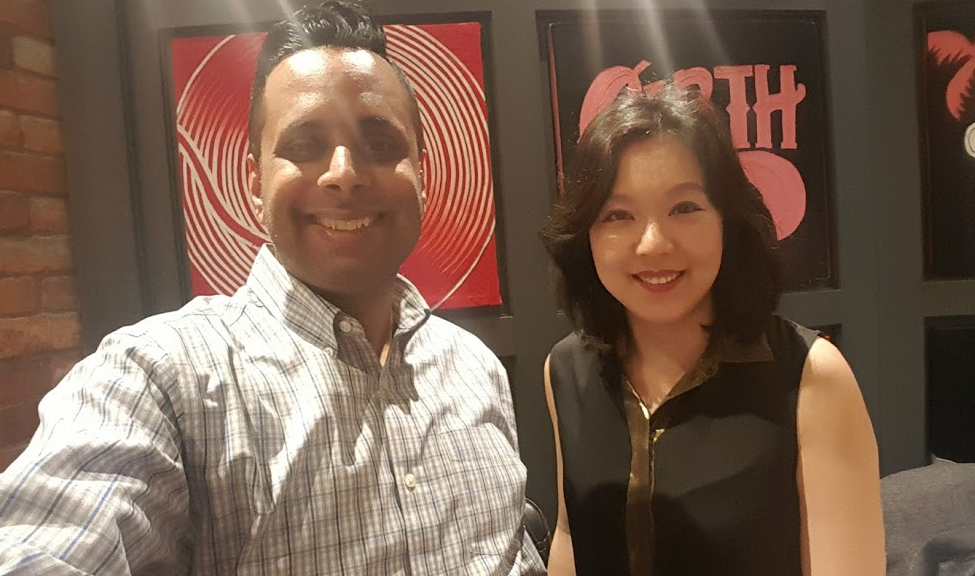 Cindy Pom is a reporter with Global News in Toronto who in her spare times loves to scuba dive. 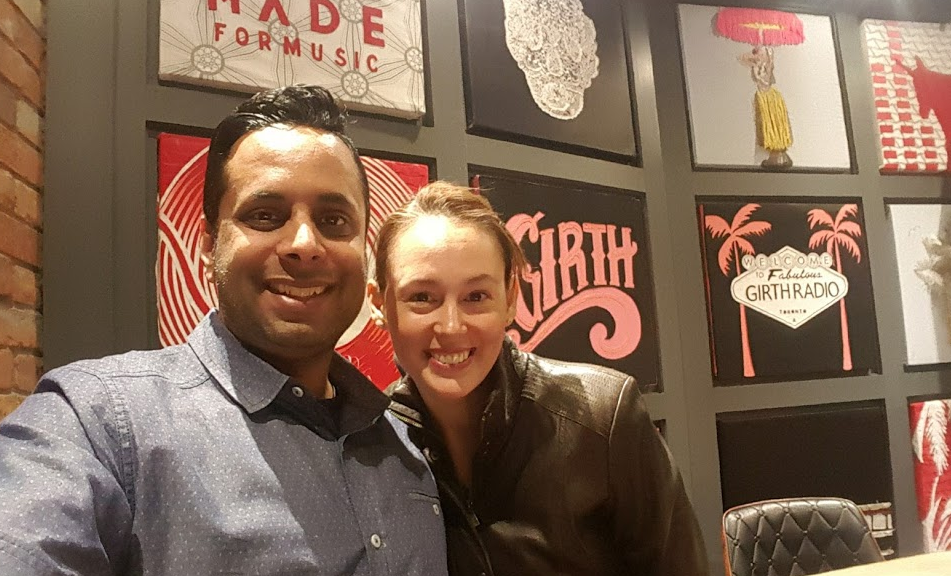 Dawn Cuthbertson is a Managing Editor for the Global News website. In journalism for nearly 12 years, Dawn started out as a newspaper reporter with stints at The Observer in Sarnia, Ont., The Kingston Whig-Standard and Windsor Star before moving online with Microsoft, AOL and Huffington Post. 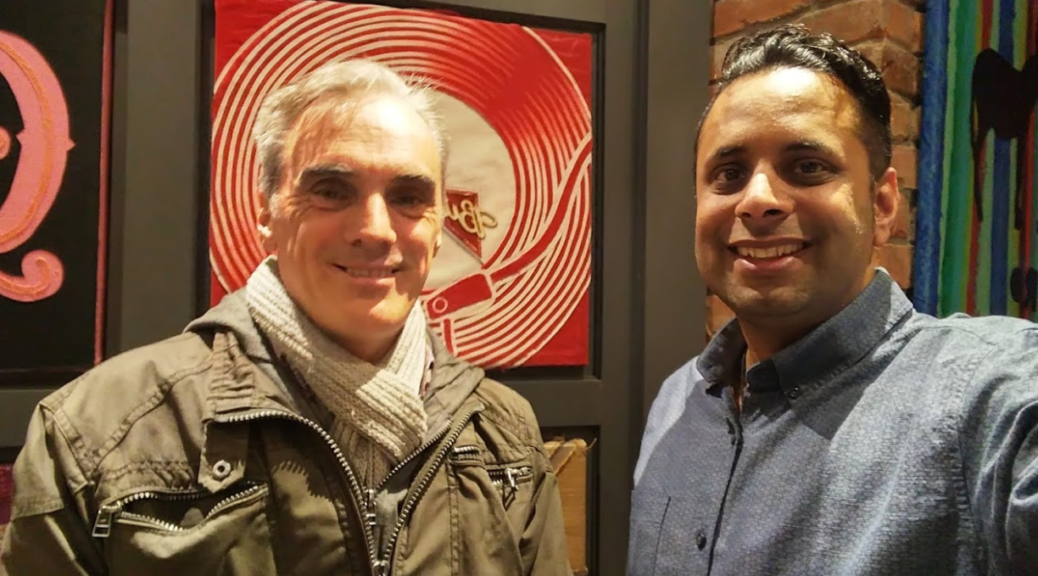 If you haven’t heard about or seen Facebook’s Instant Articles you will be very soon. Especially if you’re in Canada.

Instant Articles have been around for a little while now. It basically allowed publishers to post Facebook exclusive content to the social media giant’s platform. By accessing the more than 1 billion active users, the publisher would, in essence be exposing their content to more available readers.

We built Instant Articles to solve a specific problem—slow loading times on the mobile web created a problematic experience for people reading news on their phones. This is a problem that impacts publishers of all sizes, especially those with audiences where low connectivity is an issue. With that in mind, our goal from the beginning was to open up Instant Articles to all publishers and we’re excited to be able to do that in a way that makes it fast and easy for all publishers to reach their audiences on Facebook.

Here’s what Instant Articles looks like (on my Android device specifically): See the “lightning blot” circled in red? That denotes an Instant Article. In this case, it’s from Slate.com. When a user clicks on the image in this unit they see: For the user, it’s a much better experience than clicking through and reading the article on the Slate website. Once done, the reader would then close the mobile browser and re-open Facebook. With Instant Articles, the reader doesn’t have to leave Facebook.

Just over 3 years ago I was the Toronto Community Manager for Techvibes.com. During that time I was fortunate to interview the (then new) COO of Syncapse, Kerry Munroe. He was one of hundreds of people I interviewed during my time with Techvibes. Some I captured on camera. Others became part of articles I wrote.

Syncapse was in the news yesterday as it announced a massive wave of layoffs in the midst of a restructuring move aimed at improving their financial state. With this in mind let’s take a look back as Kerry discusses the future of Syncapse.

I say yes. And his name is Adam Goldberg.

Many of you might know Adam from movies such as Saving Private Ryan and A Beautiful Mind.  Adam also happens to be an accomplished musician, designer and director.

And now, he’s using Vine as a creative outlet and to showcase his creative talents. (If you’re curious about Vine check out the blog post I wrote on my company website.)

Which is a good thing. He’s not making videos of cookies being eaten or cats playing with dogs. Not that I have anything against dogs. It’s those darn cats I can’t stand…

And Adam will not be alone for much longer. The Vine platform and format is simple to use. For anyone.

All you need is 6 seconds. A 6 second movie. About anything you want. Think about it. How many people wish they could create a viral video on YouTube? Many. But it’s not really the viral video people are interested in making unless they use the platform for business – “Hey Karim, can you make me a viral video?”

People are interested in the creativity of these videos. However, the masses have been stopped as a result of a continuous raising of the bar. With Vine, the barrier to entry is fixed. And it’s low. Only 6 seconds. Imagine what you can come up with in 6 seconds. Now all you have to do is grab your smartphone* and away you go.

What will you create in 6 seconds?

* = currently Vine is only on the iOS platform.

Last week Dan Demsky (head of BizMedia Agency) sent me an email saying that he needed to meet up with me to chat. I’ve known Dan for a couple of years now so finding time to meet him was no problem. But I was curious why he wasn’t specific on why he wanted to meet me. Being a business owner I thought he wanted to possibly chat about collaborating (which I still hope happens, Dan!).

So last Friday, Dan and I agreed to meet up at The Work Republic in in Toronto just south of Steeles.  Little did I know why.  And yes it was a surprise. Watch below.

Dan, thanks so much for the surprise. If all I got was a hug for being BizMedia’s 500th fan, I would have been just as surprised, excited and happy. More than that you made me feel important. Important enough that you hired a PINK limousine to drive north of the 401. With or without Facebook, I will always be a fan of you, your team and the work that you do.

Toronto-based digital music company Mediazoic today announced a deal with the AVLA (Audio-Video Licensing Agency), which will allow Mediazoicʼs internet radio network to carry the music catalogues of more than 1000 record companies representing the majority of all sound recordings and music videos produced and/or distributed in Canada.

Based out of a radio and record production studio in downtown Toronto, Mediazoic makes software that allows both individuals and commercial organizations to create, customize and curate their own internet radio stations. The system keeps track of all “listens” throughout the network, allowing royalties to be paid not only to the creators and rights holders of the music, but also to other stakeholders in the music ecosystem.

Cross, whose Weekly Top 11 show is unveiled every Friday on the network, has high praise for what Mediazoic’s unique take on internet radio has done for him. “Mediazoic’s resources have been a big help to my website, driving both traffic and time spent.” he enthuses, “Everyone should give the company a look.”

The network also has several radio shows in development, which will benefit from the wide range of music that this deal opens for Mediazoic and its listeners. One such show is hosted by established music journalist Karen Bliss, who will be resurrecting her popular interview show Lowdown, a one-hour comprehensive “this is your life” type show. Lowdown, Bliss’s music industry brand, has appeared in all kind of incarnations: a Canadian music industry column, an online radio show, a TV segment on Inside Jam, a TV show on Bite TV, and a music seminar. Through these formats, she has covered hundreds of artists, including Avril Lavigne, Billy Talent, Nelly Furtado and Sum 41.

“Our listeners know that every one of our stations has been playing great music since our launch last year.” says Mediazoic founder Greg Nisbet, “but let’s face it, now that our station hosts can throw a bit of Joni Mitchell, K’naan or Leonard Cohen into the mix, the listener experience is going to get a whole lot better. Our aim has always been to capture some of the magic that happens between people when great music is created and heard, and spread that magic across the digital realm, so we’re really excited about all of the wonderful collaborations that this deal will allow us to explore.”

“Weʼre pleased to work with Mediazoic, which will ensure that all of our members, whether they represent emerging or established artists, benefit equally from “plays” on this innovative new network,” says Graham Henderson, President of AVLA and Music Canada.