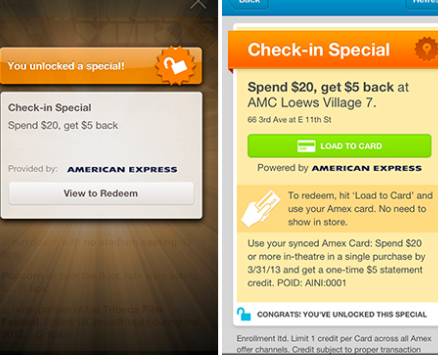 The following post was originally posted on itbusiness.ca last week.

By now you’ve probably heard that Foursquare had initiated a retail program that allows users to check in to locations and save money with their Visa or MasterCard. In fact, it’s been almost two years since Foursquare created this initiative with American Express.

The most recent announcement is quite interesting as Forbes opined at the beginning of the year that Foursquare was doomed for failure in 2013. Which leads me to ask this question: Will this latest initiative with Visa and MasterCard help Foursquare become relevant, profitable and an important ally of retailers?

Time will tell but I think it is not too early to say yes.

For Canada the question is when will we see this initiative north of the 49th? Don’t hold your breath. The Amex initiative is still not available in Canada after two years. So the chances of Foursquare opening up this program anytime soon in Canada is unlikely.