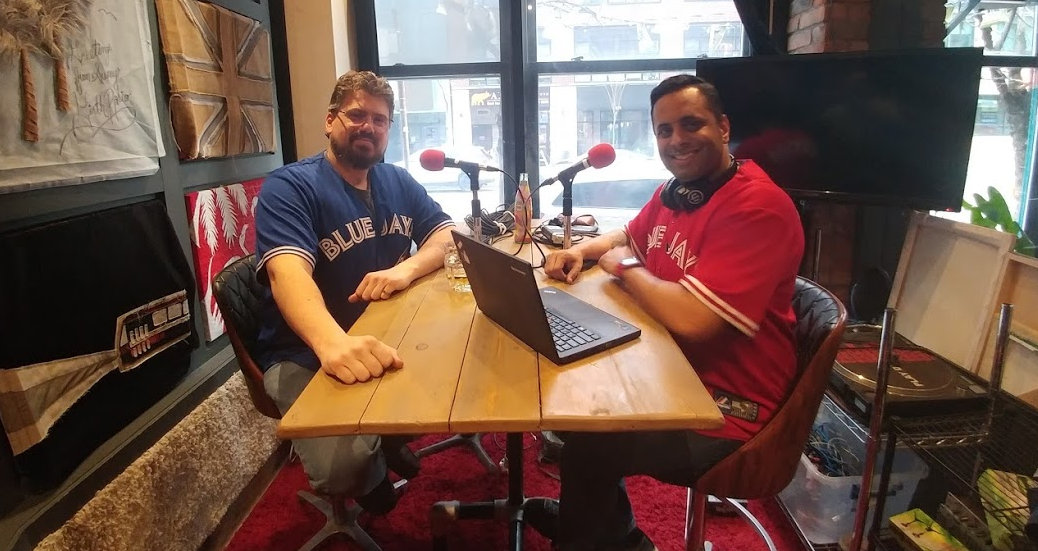 My next guest is no stranger to my listeners. He is a writer, podcaster and long time contributor to sports radio talk shows across Canada.

Please welcome back to the show, Ari Shapiro.

This is Episode #204 of the Welcome! podcast. 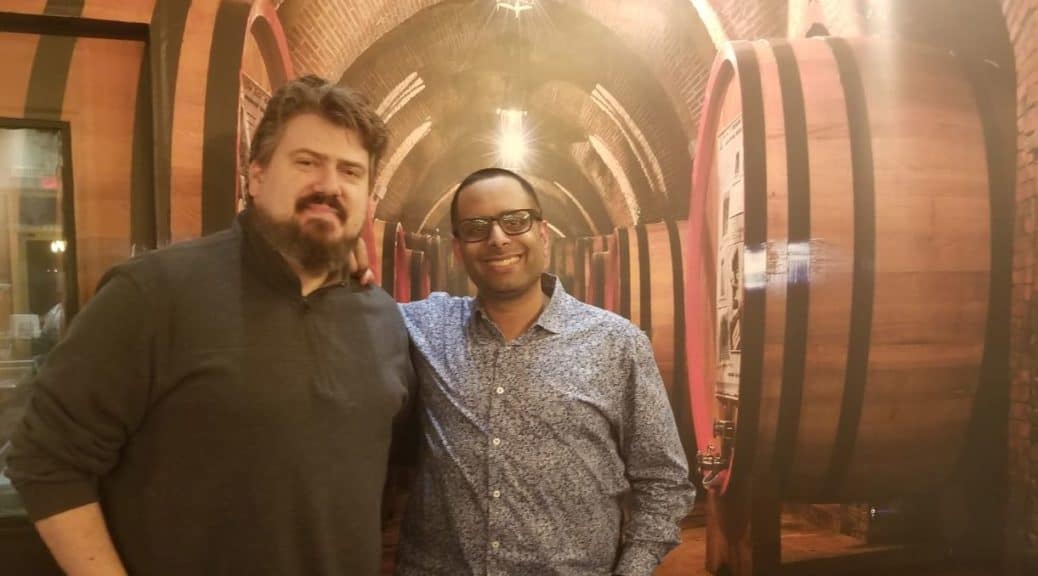 Ari Shapiro and Karim Kanji discuss the most recent baseball off season as well as preview your 2019 Toronto Blue Jays.

This is Episode #167 of the Welcome! podcast. 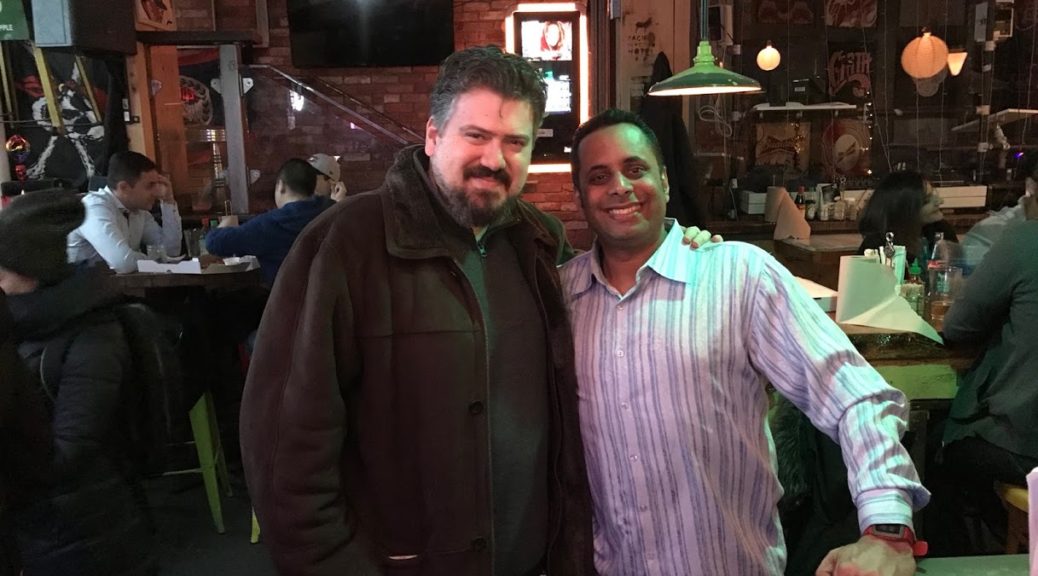 In his annual visit to Girth Radio studios, Ari Shapiro, of Jays Journal fame, gives his unedited thoughts and opinions on the 2018 version of the Toronto Blue Jays season.

Some questions we tackled:
– Will Josh Donaldson end this season in a Jays uniform?
– Have we seen the last of Troy Tulowitzki?
– Can Devon Travis stay healthy?
– Can the Jays survive a Russell Martin injury?
– Will be see Vladdy Guerrero Jr and/or Bo Bichette with in the big leagues before the season ends?
– How will Karim do in his Yahoo Baseball Fantasy League?

Recorded live at Girth Radio.
Music by Afraaz Mulji.
Check out this In Session FB Live concert with my friend, Kristin Fung:

Baseball fans in Toronto will remember the date, October 9, 2005. It was when longtime Blue Jays broadcaster, Tom Cheek passed away after a heroic battle against cancer.

Summers would never be the same. The sound of Tom and Jerry (Jerry Howarth was Tom’s broadcast partner on the radio in the Blue Jays booth) on my radio actually made me feel warmer. Their voices meant that winter was over. And with that baseball was around the corner. and for a kid living in Toronto, summer was a welcome respite after a cold and grey winter.

After Tom, Jerry continued calling Blue Jays games and painting my favourite game with words that conjured up images of superhuman feats.

Today, Jerry Howarth announced his retirement. He had suffered from a variety of ailments recently including a bout with prostate cancer. Over the past couple of years he had also come across as culturally insensitive (to my ears) with a variety of remarks about the way some players played the game. He also once had Hazel Mae on and kept on referring to her as so-and-so’s wife rather than as the successful broadcaster that she is.

Nevertheless, the sound of summer has changed. Tom and Jerry will now be a story that I’ll tell my son. Thanks for the memories Jerry. Have an awesome retirement. 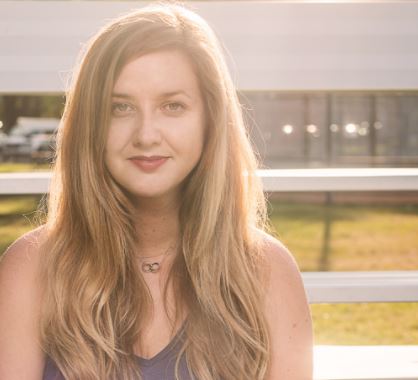 Stacey May Fowles is a Toronto-based award-winning writer. Her recent book, Baseball Life Advice, is a collection of essays that looks at everything from bat flips to the politics of booing and everything in between. Fowles currently writes about books for The Globe and Mail, baseball for Jays Nation and The Athletic, and is author of the popular weekly Baseball Life Advice e-newsletter. 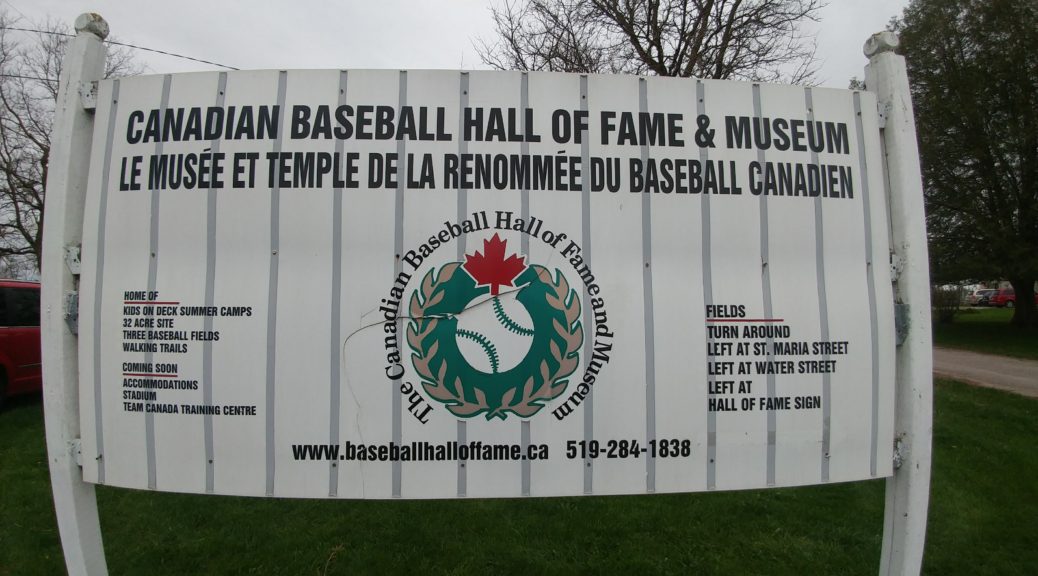 Earlier this spring we took a day trip to St. Marys, Ontario for a mini baseball tournament on the fields of Canada’s Baseball Hall of Fame. I had never been to the CBHOF. I was amazed at how small the actual Hall is.

The Hall (and Museum) is located in a former home on a parcel of land donated to the Hall by the St. Marys Cement Company.

While the home may be small, there is so much on display on the main floor and even more stored away on the second floor. I remember watching this game in my parents living room. George Bell was, and always has been, my favourite baseball player. Toronto once tried to acquire the Giants baseball team. They even had stationary made! Yes, the Babe played in Canada before his MLB career began. Ari Shapiro is one of Toronto’s foremost experts on baseball and the Toronto Blue Jays. His work has appeared in Sportsnet and Jays Journal. He can also be heard on radio stations across Canada. On the Blue Jays 2017 home opener, Ari and I sat down inside Pacific Junction Hotel to chat about your Toronto Blue Jays! 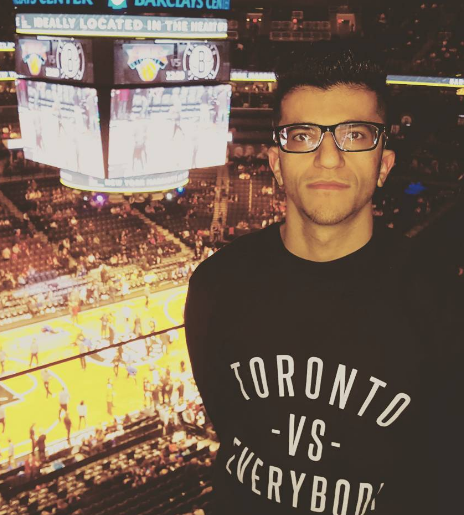 In today’s episode I speak with the founder of The Real Sports Zone website and podcast, Adam Virani.

In this episode we discuss:
– The first 100 days of the 2016 Toronto Blue Jays season
– Adam’s recent visit to the Dominican Republic to coach and teach baseball

Rogers Media recently released number from Numeris that report on TV and radio numbers of the Toronto Blue Jays.

The success of the Jays gave Sportsnet a 5.9 audience share with an average audience of 216,000 for the month of June, which translates to a year-over-year increase of 29%.

The above numbers were first reported by Media In Canada. 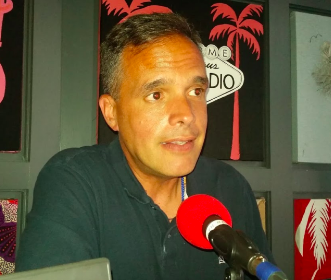 This podcast was originally published on: May 31, 2016 on Girth Radio.

Arturo Marcano is a Toronto-based author who writes about the problems in Latin American countries caused by the globalization of baseball, specifically Major League Baseball (MLB).

In this hour-plus long conversation Marcano shares with us:
– how MLB has helped shape the cycle of poverty in the baseball-talent rich nations of Venezuela and the Dominican Republic
– why this same problem doesn’t exist in Mexico or Japan
– why there are not a lot of players in MLB from Mexico
– the upcoming battle between Cuban baseball and MLB
and much, much more!