For the past few days I’ve been working from Orlando while attending the BlackBerry Live annual conference. While drumming up interest and business for our social media agency, I’ve also been contributing to Canada’s source for business and technology news.

Alicia Keys. She might have stolen the show to be honest. At the Opening Keynote she announced an initiative aimed at empowering, educating and supporting women in STEM. The same day she hosted a panel on Women in Tech that was filled to capacity. Then in the evening she presided over a concert experience like no other.

BlackBerry Z10. I’ve been playing with the device since Monday afternoon and I’m really impressed. My primary device is a Nokia Windows Phone 8 so maybe comparing the two is not fair. But I’ve seen Android and iPhone users fall in love with BlackBerry’s newest device all week long. The apps are strong and the device is sleek. I know it’s probably not perfect but it’s a step in the right direction for the smartphone innovator.

BBM. The future is bright. Not just for the popular messaging system on the BlackBerry 10 devices. Watch for BBM to show up on your iPhone and Android devices this summer in a planned rollout. And also watch for BBM Channels: the newest social network.

BlackBerry.  When the keynote began with CEO and President Thorsten Heins announcing the new Q5 for emerging markets, I will be honest, my heart sank a bit. However, after digesting the full Opening Keynote I came away excited for the future of BlackBerry. Firstly, ignoring emerging markets is not smart from a business standpoint and BlackBerry is establishing itself as a leader here. Second, BlackBerry’s QNX and BlackBerry 10 is not only about smartphones. It’s about powering the whole internet and the devices and products that connect to it: smartphones, cars, homes, businesses, etc. Third, I mentioned it above but it’s worth repeating: BlackBerry supporting the case of increasing women’s role in leadership and technology is overdue in the industry as a whole. With BlackBerry carrying the torch, watch for other companies to follow suit.

I have embedded a number of links in the post to some articles and videos I produced during my time here at BlackBerry Live. Feel free to click on them for extra content.

Disclosure: As a contributor for itbusiness.ca I was invited to Orlando by BlackBerry and have been their guest during my stay. 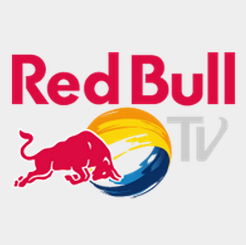 Note: I am not getting paid to highlight these apps. I just think there’s a lot of talk about iOS and Android apps. Consider this a little virtual space for some Windows love.

And I happen to also personally like their Windows Phone app, Red Bull TV. The app is very cool.

Red Bull TV features a cornucopia of action, adventure, glamour and excitement.  The app bring you access to exclusive events such as amazing sporting and cultural events. Meet your favorite sports and entertainment stars, go behind the scenes at major sporting events and the best parties. It’s actually like a can of Red Bull in your pocket.