I want this podcast to matter. So when I have guests on I want one of two things to happen by the end of it. First, I want people to know a lot more about the person I have been speaking with. I think I’m starting to accomplish this. For example, people only know W. Brett Wilson as a former Dragon, a billionaire and someone who has endorsed Kevin O’Leary. However, if they listen to my conversation with him I truly believe they will know more about the person behind the persona.

Secondly, I want to discuss issues that are important. For example, I recently had my brother-in-law, Earvin Venzant on. We didn’t talk about his story but rather his insights and experiences as a Black American currently living in Canada.

So it upset me when I realized I was about to record podcasts during Black History Month without having a guest on to speak on this. And believe me, I tried. And I will continue to try. Why? Because I believe it is important for me (and by extension those who listen to the podcast) to understand the experiences of Black men and women in Canada. I want to know what they experience and what they feel. I also want to understand the work that Black Lives Matter is undertaking and why it’s important. For everyone.

While it is not a proper substitution, I will share with you 6 episodes with 5 different guests.

Episode #18 was with Morgan P. Campbell. Many of you may know him as a sports writer with the Toronto Star. In this episode we discussed racism in sports (specifically baseball), football and the issue of concussions, and even steroids in professional and amateur sports.

Episode #19 was with legendary broadcaster Spider Jones. In this interesting episode we talked about: Spider’s upbringing in Detroit and Windsor during the heyday of Motown; Spider’s early career in amateur boxing; How the Spider met George Chuvalo; How the Spider ended up sparring with Muhammad Ali and helped him prepare for his first title defense against Chuvalo; Spider’s past and future radio career; Spider’s best-selling book and upcoming movie; Spider’s Believe To Achieve Organization.

Episode #22 was with community builder and activist, Segun Akinsanya. Formerly the Executive Director of Bright Future Alliance, Segun is now the founder and CEO of Currant. Currant is a co-operative looking to build sustainable businesses and communities.

For episode #40 I was joined again in studio by Morgan P. Campbell. This podcast episode was recorded just after the Rio Olympics in Brazil. However, instead of talking about how Canada fared against the world’s best, we talk about how the media covered these games.

Episode #54 was with my brother-in-law, Earvin Venzant. He’s a Black American in Canada. And Earvin had some things to get off his chest about the recent election of Donald Trump as America’s next President.

As always you can listen to current and past episodes (or even better, subscribe!) via one of the links below:

Season Two of Welcome! is now in the bag. Welcome! was designed to showcase conversations with members of Toronto’s creative community. They can be musicians, artists, and even entrepreneurs. Essentially, anyone who lives or works in Toronto that is doing interesting things.

This season I’ve had the pleasure of interviewing media personalities, a former boxer who once sparred with Mohammed Ali, entrepreneurs, someone who climbed Kilimanjaro, a convicted murderer as well as the mother of a child who is on Canada’s Do Not Fly List.

I’m really looking forward to Season Three of Welcome! You can expect to hear from people whom you know. And many that you don’t know. However, there is one thing you can expect: The conversations will shed light on the lives, success and failures of these people. I hope you enjoy this ride as much as I will enjoy bringing it to you.

Remember to follow my episodes of Welcome! on Girth Radio. You can also follow me on the Welcome! MixCloud station. 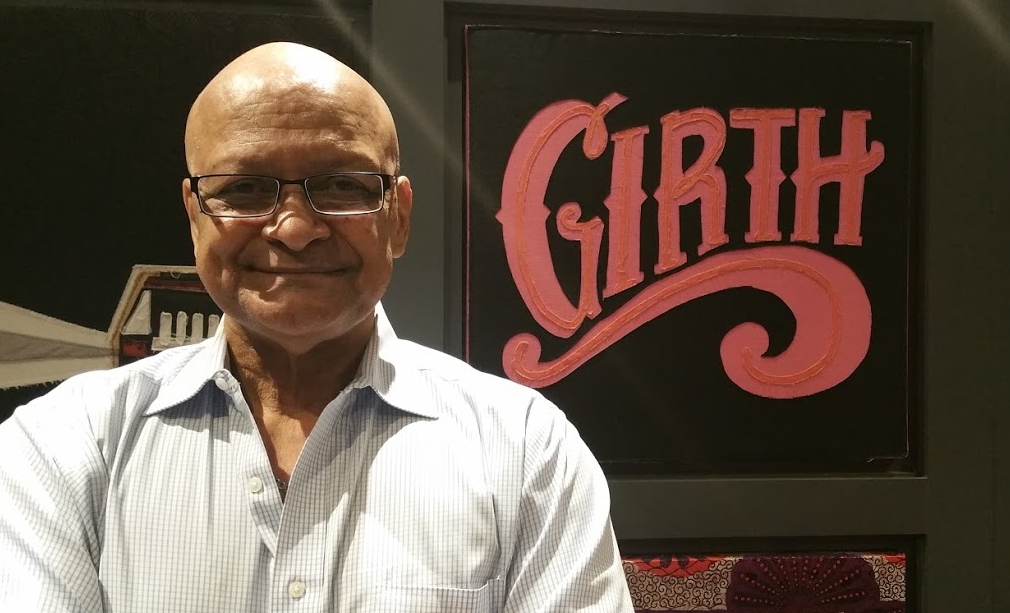 The following was first published on Girth Radio on January 28, 2016.

In this interesting episode, Karim Kanji and Spider Jones talk about:
– Spider’s upbringing in Detroit and Windsor during the heyday of Motown
– Spider’s early career in amateur boxing
– How the Spider met George Chuvalo
– How the Spider ended up sparring with Muhammad Ali and helped him prepare for his first title defense against Chuvalo
– Spider’s past and future radio career
– Spider’s best-selling book and upcoming movie
– Spider’s Believe To Achieve Organization