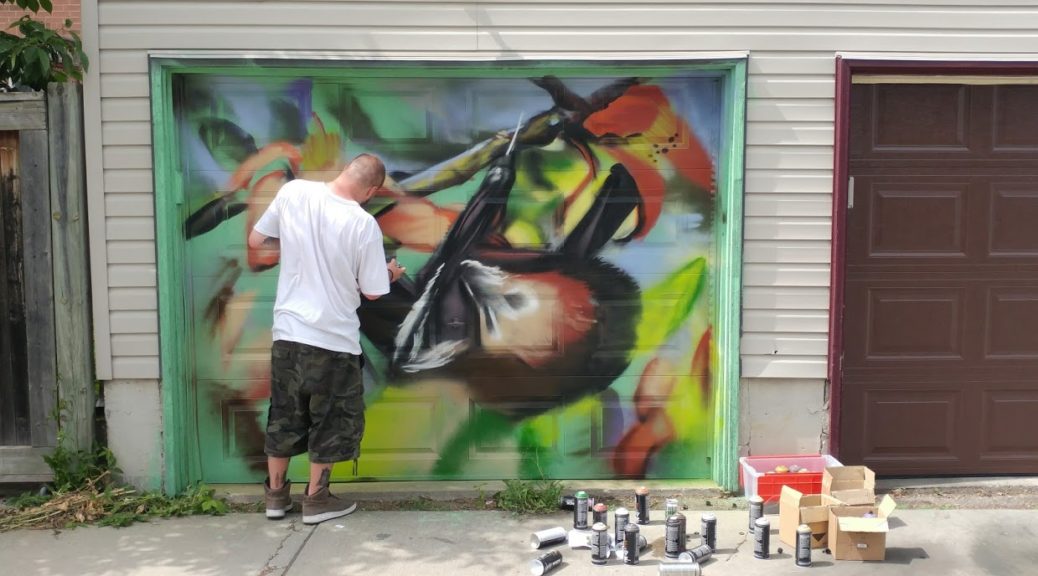 Local street artists and the neighbourhood recently came together to beautify a laneway that faces Garrison Park.

Here are my photos: https://goo.gl/photos/EwBpUeWeryuNhvF89 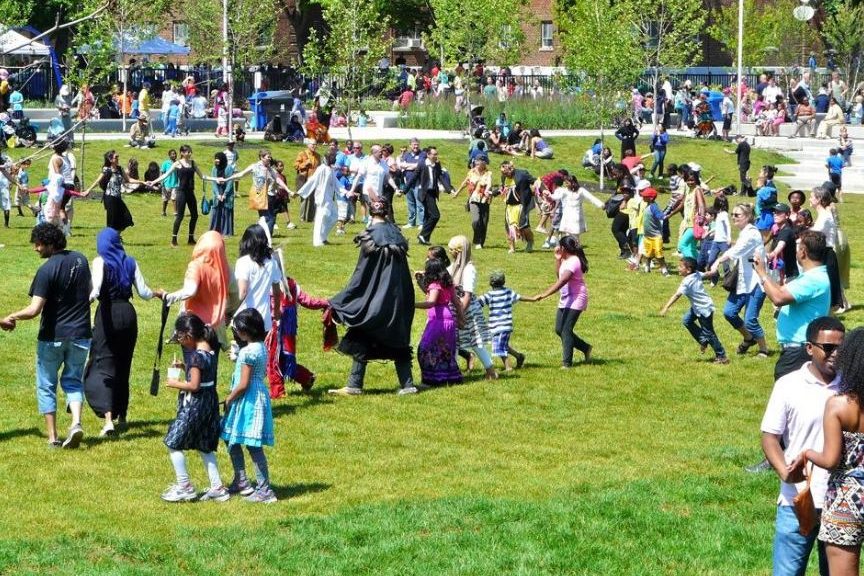 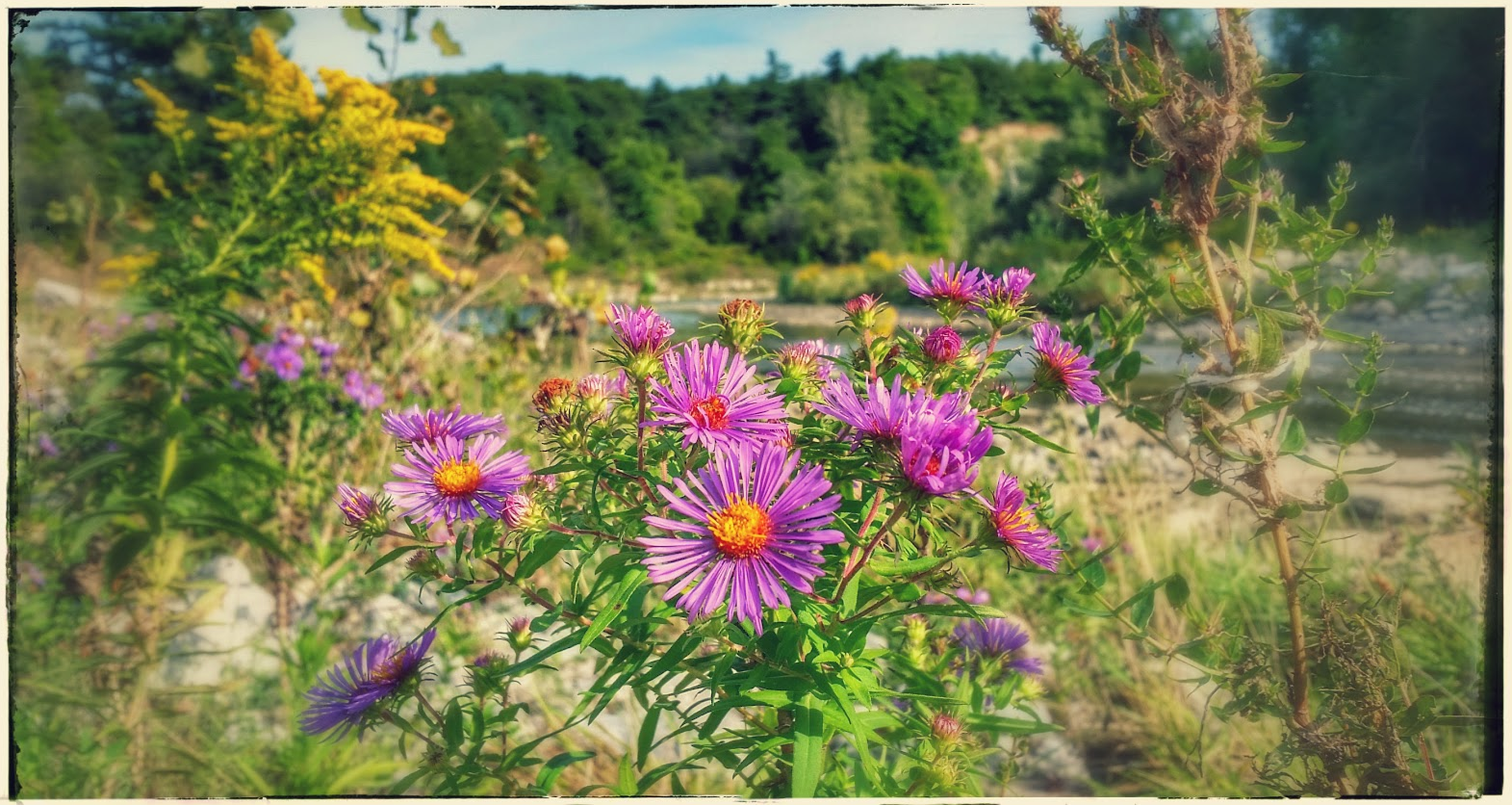 Toronto Island’s Shadowland Theatre spent the past week in north Scarborough as part of Arts In The Park. From Saturday until the following Friday they held workshops with musicians, makers, performers and Aboriginal teachers. The result was a theatrical parade that told the story of Alexmuir Park. 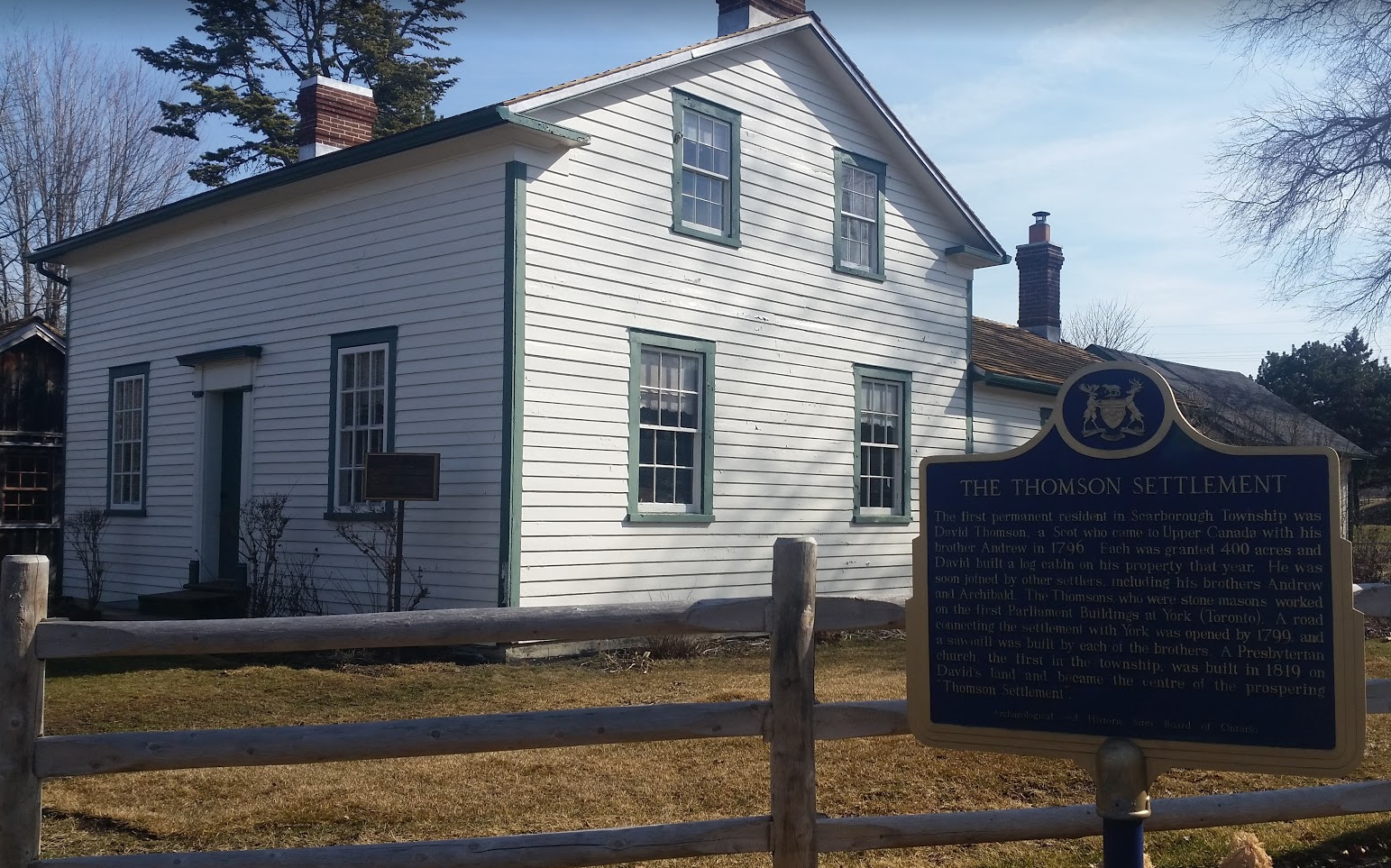 Yes. Scarborough is historical. The Thomson Settlement (a precursor of Thomson Park) was the first permanent settlement in Scarborough (then a township). Brothers David and Andrew came here in 1796 via Scotland. The first library in Scarborough was first organized on April 7th, 1834. It had 46 original members who paid a five shilling membership fee. The Thomson memorial in the nearby cemetery which happens to be close to the Scarborough Library: 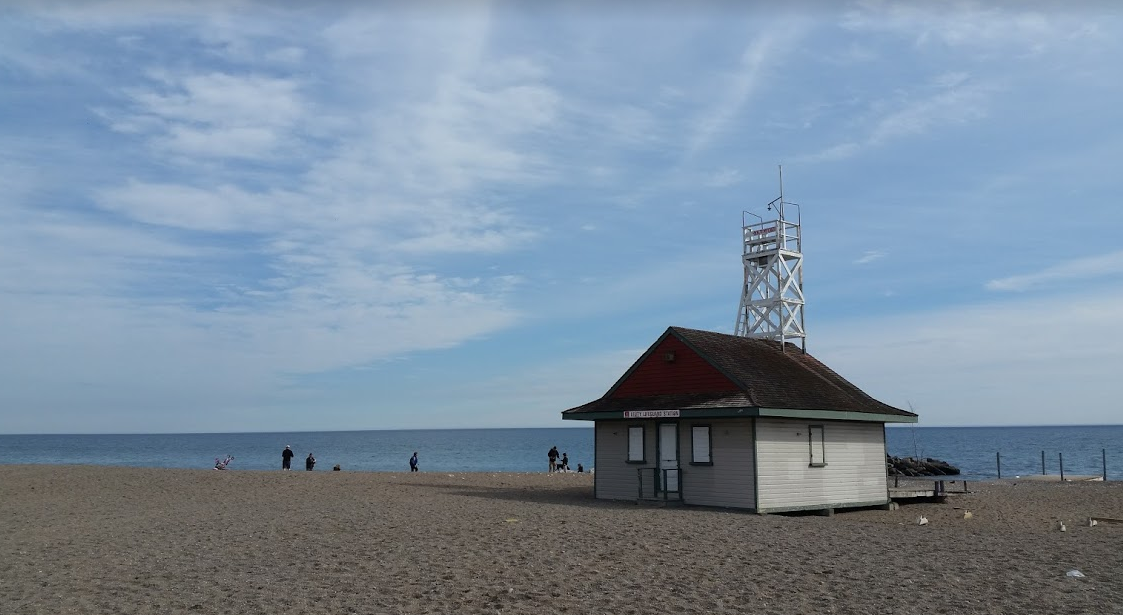 Winter Stations returned to Toronto after the success of the 2015 edition. Maybe it was the uniqueness of Winter Stations last winter but this year’s edition was less than awe inspiring when compared to 2015. Click the image above for some more photos of the 2016 edition of Winter Stations. 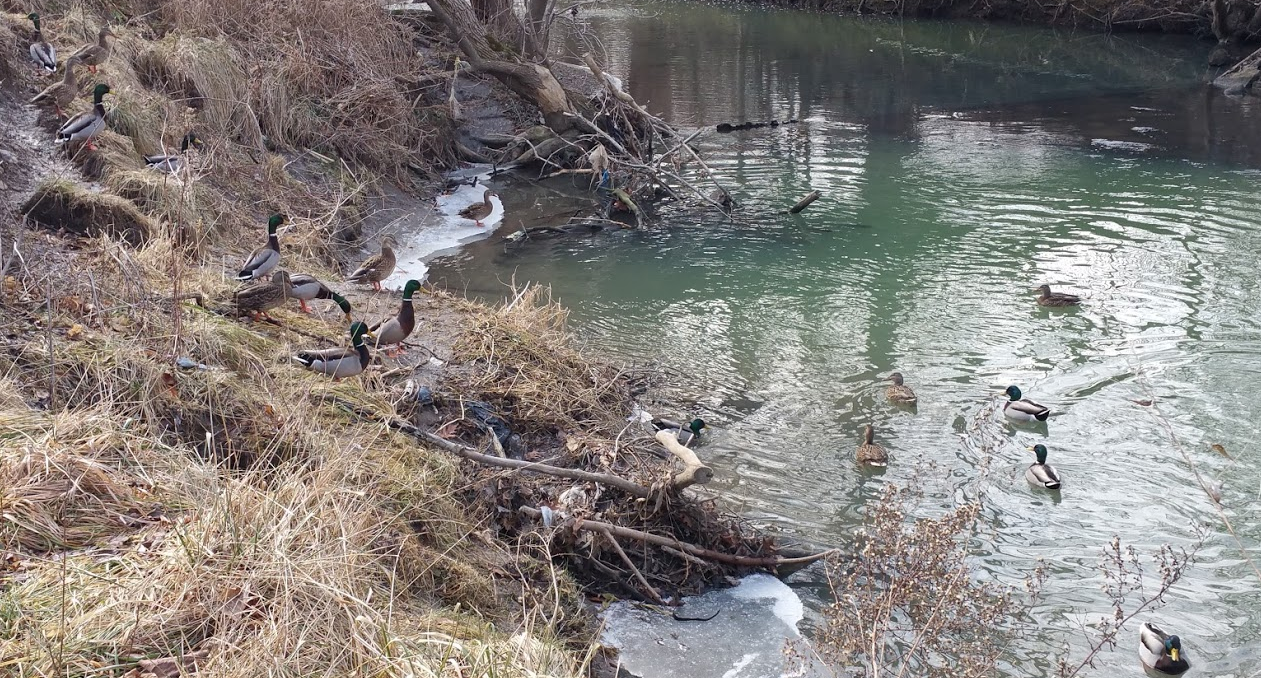 Along the Don Valley Parkway in Toronto you might see “giant teeth” just north of Don Mills on the west side of the highway. These are known as Elevated Wetlands.

“The Elevated Wetlands are functional sculptures, symbols of the integration of the plastics industry, art and environmental stewardship. The sculptures draw attention to the importance of wetlands as an ecosystem.”

I recently took a walk through the area one weekend. I walked down the Doris McCarthy Trail this afternoon with some friends. When we reached Lake Ontario we headed west along the shore. We came upon the results of one of our more recent rain storms. As many of you know the Bluffs have always been eroding. However, I have never seen a part of the cliffs that have recently broken off. Until today. While it looks like hard rock it is in fact a clay like substance that is densely packed. 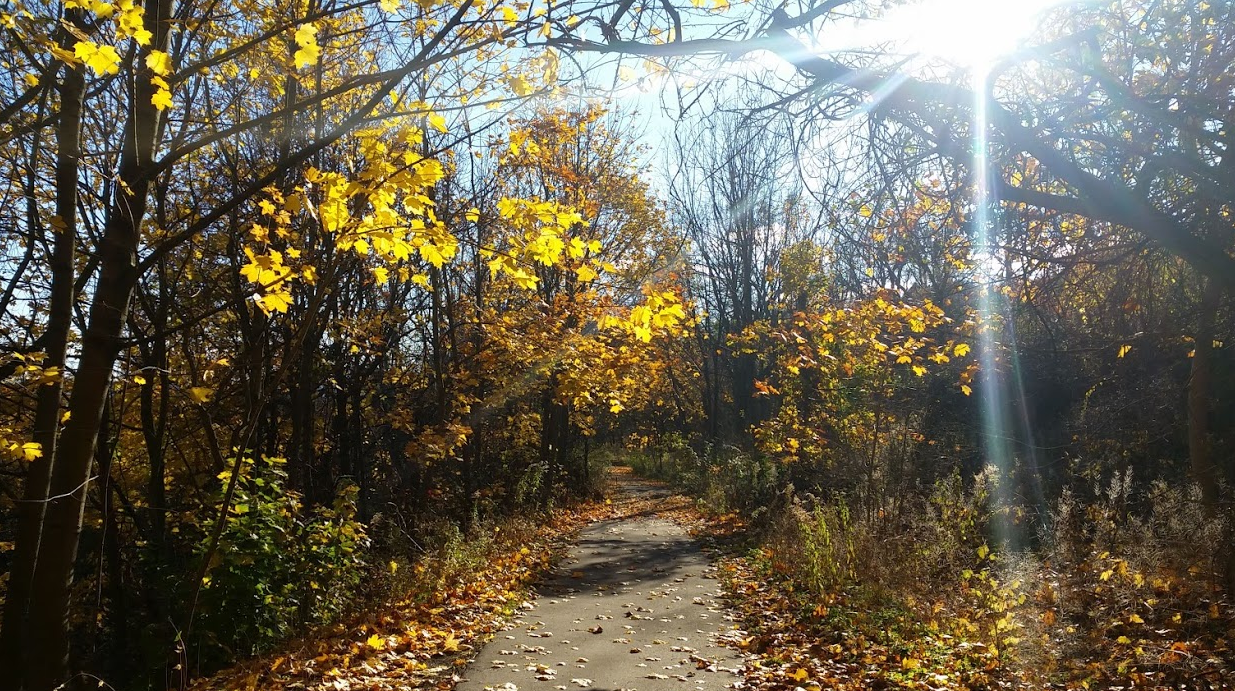 Sylvan Park is not one of the largest parks in Toronto. But the view of Lake Ontario and the Scarborough Bluffs is outstanding. It’s also a great place to go with your dog for a walk. Here are some photos of my recent visit.