Back in May of this year I had the opportunity to travel to Orlando for BlackBerry’s Live conference. I wrote a number of articles from my trip on itbusiness.ca. You can read them here, over there, and also here.

Recently, BBM, Blackberry’s popular messaging service, became available for Android and iOS devices. Since then, over 10 million new people have downloaded the app.

I also wrote about BBM and BBM Channels in May. For those curious where Blackberry is going with BBM, Channels and monetization. It is well worth the read (if I do say so myself.) You can read that article over here.

There’s a new social network amongst us. Path.  To find out more about Path take some time to read this Forbes article. 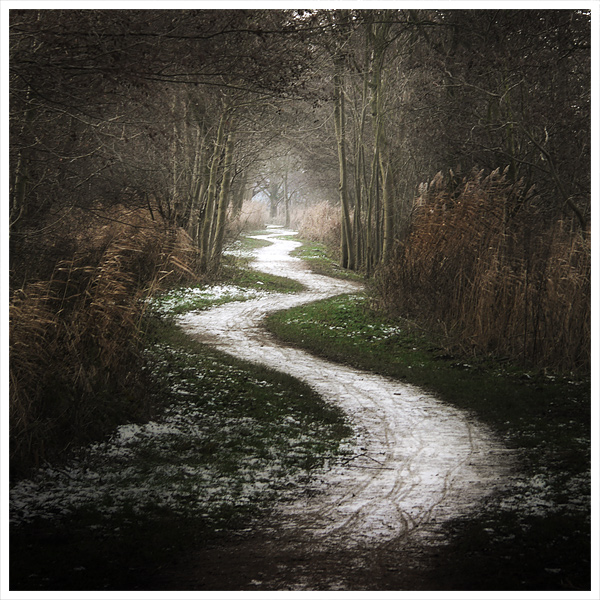 Path was started by former Facebook-er Dave Morin.  He was recently on Jason Calacanis’ show This Week in Startups.  I suggest you give it a watch/listen for some amazing insights into Path as well entrepreneurship in general.

I could go into detail about what Path is and what makes it unique but I won’t.  What I will say is that at the moment, it’s a mobile social network (Path calls itself the Smart Journal) which limits its users to a maximum of 150 friends.

I remember joining Path sometime last summer. And I was not impressed. At the time it seemed as a limited social network.  And I was also very hot on Google Plus. But this past Christmas I was re-introduced to Path when it seemed everyone at a party I was at was using the newly released Path 2.0 on their iPhones and Androids.  So I did what anyone else in my shoes would have done:  I crapped all over Path and then proceeded to download the new version.

And I have been impressed ever since.

From the simplicity of the product to the unique “posting” system, there is no social network quite as easy on the eyes as Path.  Path is very intuitive with very few steps in order to use it.

I own a BlackBerry Torch and also use an HTC Android smartphone.  The Torch is the phone I primarily use as it has the number I’ve been using for 15+ years.  And BBM is an app that I really like to use.  But using Path on my HTC makes me question whether I really need to use BBM anymore?  I just need to convince/wait for my brother and sister to get an iPhone, Android or other device that Path supports.  (We use BBM to “chat”. No other messenger service has appealed to us yet.) Then I won’t really have an excuse for using BBM/BlackBerry.

Everything that I use BBM for I can use Path instead.  And Path offers so much more!

One of my favourite things about Path is the music sharing and discovery feature. On Path you can share thoughts, location, photos (and video on iOS), when you wake up and go to sleep, and music.  (Now, remember, I’m a longtime BlackBerry user so excuse me if this sort of feature has been around on other devices and products.)

As many of my friends will tell you, I love my music.  And my music consists of U2, Neil Young (including his stuff with Buffalo Springfield, CSNY and Crazy Horse), Aerosmith (their old stuff mostly), Colin James, Black Dub, Led Zeppelin, Broken Social Scene, Rush, etc…

So I love sharing what I listen to.  And I can also see what my other friends (up to 150 only. It’s another great feature of Path that you should learn more about) are listening to. Or at least that’s what I thought I could do.  Until I clicked on a song icon a few days ago.

Baaam! I proceeded to have about 15 seconds of a song I’ve never heard play on my phone. Path actually allows us to “share” what we’re listening to like nothing I’ve ever seen/heard before.

Anyways, that’s my take on Path.  Do you use Path?  I would love to read your comments below.

Earlier today an article I wrote was published on the website Web Not War.

On the weekend of December 10th Dana White’s UFC settled in Toronto with Sunday’s UFC 140 anchoring their activities. Over the past 10 years, Dana White, his partners the Ferenzzo brothers and their MMA athletes have created one of the most popular and fastest growing sporting and entertainment brands in the world. The reasons are manifold: the demise of the boxing industry and the need for fresh and new programming for this 200+ channel universe being just two of them.

This post will not be the answer to all of RIM‘s current problems (yes, problems). It will, however, help the two-headed beast-led company get back on the path to respectability.

The answer can be found with one word:  Respect.

What I have realized is that RIM does not seem to understand what respect means.  And I hope to address that today here in this post.

Wikipedia defines respect as such: “Respect denotes both a positive feeling of esteem for a person or other entity (such as a nation or a religion), and also specific actions and conduct representative of that esteem.” The writers of that post might as well have added “company” to that definition. Nevertheless, this definition of respect is suitable for this blog post.

This blog post is not intended to summarize all the blunders that have occurred to RIM in recent months. If that’s what you’re looking for, you won’t wind that here.  Search on your favourite search engine or tech blog to read up on those.

Let’s get into some detail below on this thing called respect:

Respect for the brand

The BlackBerry brand has been an innovator in the mobile and email communications space for many years.  The BlackBerry pager was the first device to offer incoming and outgoing email to the masses.  Many of the users were business people yet everyone wanted one. Unfortunately, affordability was not what it is today.

The BlackBerry brand stood for quality, innovation, and status.  Today? Not so much. The public perception of both RIM and it’s BlackBerry products has fallen. And it seems that RIM is the only player not concerned about this.

Respect for the investor.

It’s one thing to defy public opinion and turn the other cheek. Has anyone ever heard of an investor at RIM suggesting that the company is on solid ground? We all know that the stock has taken a beating. But guess who else has taken a beating? The average Canadian investor who has money invested in Canadian stocks and mutual funds.

Respect for their partners.

Partners such as Rogers, Bell, Telus, WIND, retail outlets, PR agencies, suppliers, employees, and many other partners have seen the BlackBerry and PlayBook portion of their sales here in Canada dwindle.

If it wasn’t for the ubiquitous Android devices or Apple’s iPhone, I’m very curious what the state of Canada’s technology community would look like…

Respect for their employees

How hard must it be to face family members, friends, colleagues and even passers-by when they know you work for RIM?

Respect for the consumer

I’ll be honest with you. I’ve had 2 BlackBerry’s. My current one is the Torch. The only reason I use it is because I received it free at a BlackBerry Torch launch party.

The Torch was supposed to give Apple’s iPhone a run for its money. Never happened.

The PlayBook? No comment. Although everyone who uses one loves it.

I’m not even going to mention the 3 days with no data. And don’t get me started on $100 of free apps as an apology.

Respect.  It is this humble blogger’s opinion that if the suits at Research In Motion respected their customers, partners, employees, investors, and brand that they would be in a better position.

Here’s a quick suggestion to get on the path to respectability: Be humble; start listening to your consumers, employees, investors, and partners; start focusing on your core strengths; and become passionate again for technology and innovation.

Especially in Africa where almost everyone I met last year had at least one cellphone if not two.  Serious.  So, I was excited when I came across the following infographic: