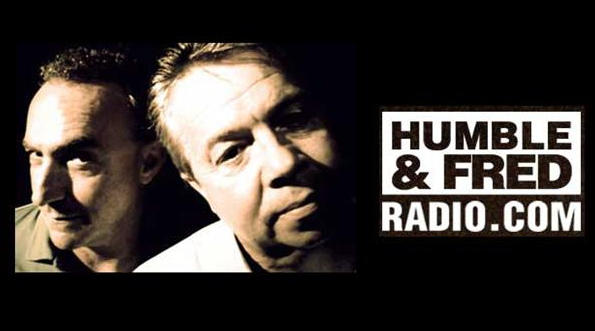 I love Canadian shows. Mostly of the “radio” kind.  I’ve been to see Jian Ghomeshi and listen to a bunch of CBC podcasts such as WireTap. I also am a fan of “independent” podcasts such as Drunk Jays Fans and Humble & Fred Radio.

I’ve never met these icons of Canadian radio. I never listened much to CFNY/The Edge back in the day when they were on. And I was late finding them on the podcast airwaves. But I am a big fan. They are an intelligent duo who also know how to have fun and let their hair down. And their style is perfect for the word of podcasting.

And now I’ve been invited to be a guest “observer” during their show on Friday June 7th. Will I be an actual, on-the-air guest? It’s all up to Howard (aka Humble) and Fred.

Maybe you can help me make their decision an easy one. I would love it if you could take a moment out of your busy schedule to tweet the following:

Hey @HumbleFredRadio! We’re excited that @karimkanji is going to be visiting you on 6/7. Let him on the air! #KarimOnTheAir

That’s all. If you want to use HootSuite or Buffer to schedule the tweet from today until the 7th, that would be swell!