Wow. That was unexpected. Early in 2015 I submitted an article to itbusiness.ca called, “5 Canadians to Watch in 2015“. Little did I know that it would end up being the most popular post of the year.

To celebrate the release of Star Wars: Episode VII, The New Jersey Institute of Technology brings you a countdown of how sci-fi predicted the future of modern computer science. Without the ideas and the creatives that first imagined possibilities in computer science, it’s difficult to know what technological advances would have come to fruition. 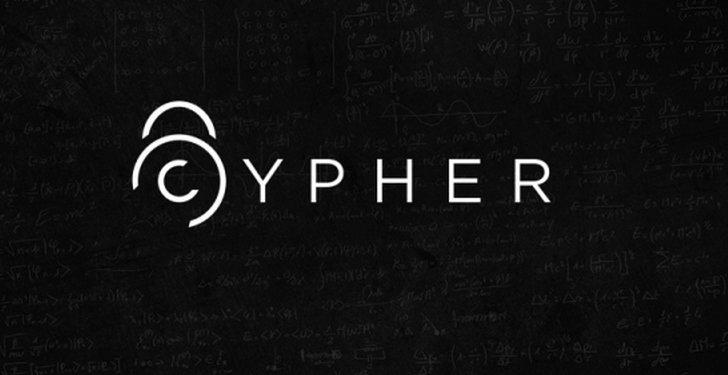 This American Life’s podcast sister/brother, Serial was a huge hit last year. And just when will Serial hit my podcast waves again? If anyone knows, tell me.

But the success of Serial has given podcasts a revival of sorts. Even yours truly has a podcast. To be honest, I’ve been podcasting and videocasting since 2010.

One of these podcasts is called The Message. As soon as I heard it I was hooked. Reporter Nicky Tomalin reveals in the opening episode that she has gained access to a US government agency that has been tasked with deciphering a potential alien transmission. After episode 2 I thought to myself that this is too good to be true. and why haven’t I heard about this before.

Well, my hunches turned out to be true. The Message is too good to be true. According to TechTimes.com:

The Message will once again blur this line between sci-fi and real life as an eight-episode podcast debuting October 4. Each installment ofThe Message follows main protagonist Nicky Tomalin as she attempts to decode a 70-year-old message from outer space in her new job at an encryption think tank called Cypher.

Though The Message is a fictional podcast, the story is told through Nicky’s reports and interviews, giving it a more realistic feel. As a co-production between Slate’s podcast network Panoply and GE Podcast Theater, The Message also incorporates real GE technology into the narrative that will help Nicky crack the case, such as ultrasound therapy.

“Twenty-four per cent year-over-year growth is not surprising, but what it means to us is that if you are a brand and you are trying to reach Canadians, mobile is not optional anymore,” said Jeff Lancaster, CEO of Catalyst Canada.

Read my full report on Catalyst’s annual study on the ITbusiness blog.

The beginning of any year (the calendar year, lunar year, school year, fiscal year, etc) usually brings with it its fair share of lists and predictions. Last year I wrote about the top 9 Canadians in digital technology to keep your eye on for 2014. I followed that up with a mid-year look at these same people.

This year, I’m planning to do the same thing. I’ve started things off with who I think are the top Canadians to watch in digital technology for this year. Thanks to Brian and Candice for continuing to allow me to contribute on Canada’s best business and technology site. If you’d like to read up on all my itbusiness submissions visit my itbusiness profile here.

Google’s latest foray into music was announced earlier this evening. This is part of their response to Apple’s recent purchase of Beats Music.

See the email I received just minutes ago:

What are your thoughts on this recent counter move by Google?

I am a huge fan of Arcade Fire. They make amazing music, their concerts are kick ass, and they are also one of the most innovative bands around.

I recently wrote a piece on their unique and interactive videos on the Catalyst Blog called Video Saved the Radio Stars. I hope you enjoy the read.

What makes a successful app developer? This is a question that many hundreds (if not thousands) of Canadians are asking themselves. Why? The barrier to create these apps has never been lower and the industry is becoming flooded with talent. In downtown Toronto, one is but a stone’s throw away from successful app development shops.

In my recent conversation with Robleh Jama of Tiny Hearts (<- click that link for the full article) we talked about what makes an app successful and what steps he takes to try to make it.

You probably already knew that Canadians have a lot of apps on their smartphones Guess how many to be exact?

However, did you know that less than one of them (on average) was paid for?

These are just two insightful facts that my company uncovered as part of it’s research that resulted in a report on how Canadians use their smartphones.

I invite you to read about my insights in how Canadians use their smartphones for banking and to also digest the full report. Happy reading!

Earlier this week my latest article for itbusiness.ca was published.

Earlier in the month I had the opportunity to represent Catalyst and attend the Dx3Canada conference and trade show in Toronto. One of the biggest trends that everyone seemed to be talking about and discussing was the role of technology and digital in the retail space. This was highlighted by the Retail Collective space and the keynote by Duncan Fulton.

I invite you to read my full article on digital disruption in the retail space and even leave a comment! Thanks.